In looking at the results of December fundraising campaigns, all the organizations that exceeded their fundraising expectations had three things in common. (More on that in one minute).

By most accounts, online donations in 2017 increased from 2016. Giving Tuesday 2017 raised 28% more than the year before. So hopefully, your organization got a piece of that pie. 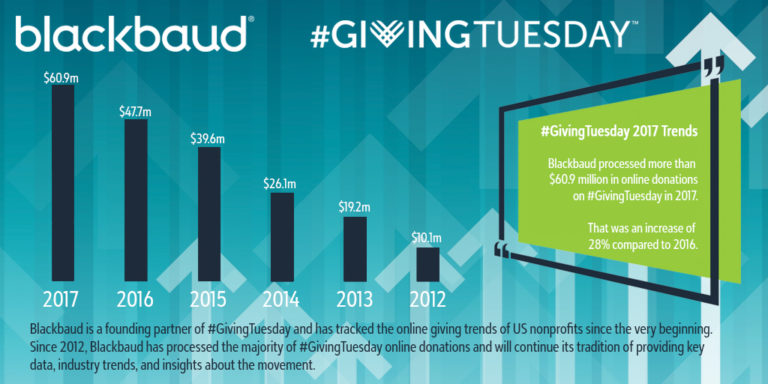 The smart folks at Blackbaud are tracking the impact of Giving Tuesday. In 2017, non-profits raised 28% more than the year before.

But if your organization did not see an increase, the reason is probably simple. You did not build a relationship with your email list throughout the year. In comparing organizations that overperformed expectations (like an organization that raised nearly $50,000 from a list of 5,000 people), there are a few things that they did differently:

In the next few weeks, we’ll post some resources that can help you do all three. To get these resources delivered right to your inbox, just sign up here.